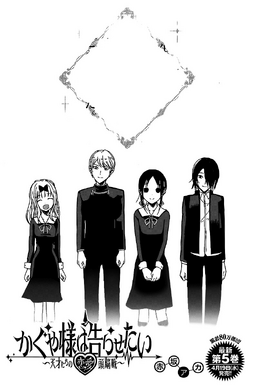 The Duties of the 67th Student Council of Shuchi'in Academy have been Completed.

The 67th Student Council is the fifty-ninth chapter of the Kaguya-sama wa Kokurasetai manga series.

The student council reminisce their activities over the year.