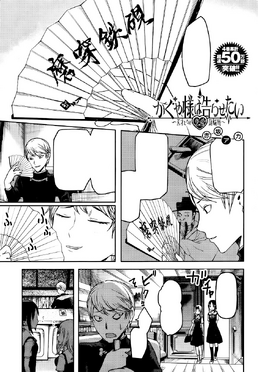 Kaguya Wants to Give

Chika Fujiwara Wants to Confirm is the fifty-fourth chapter of the Kaguya-sama wa Kokurasetai manga series.

Chika asks about Miyuki's feeling for Kaguya but in the end Chika's the one who got hurt feelings.