Kaguya Wants to be Called 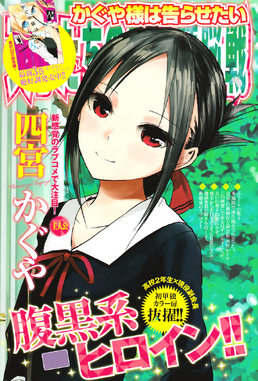 Miyuki Shirogane Wants to Go on a Trip

Kaguya Wants to be Called is the thirty-ninth chapter of the Kaguya-sama wa Kokurasetai manga series.

Kei visits the student council and Kaguya wants to form a bond with her.

Retrieved from "https://kaguyasama-wa-kokurasetai.fandom.com/wiki/Chapter_39?oldid=8868"
Community content is available under CC-BY-SA unless otherwise noted.