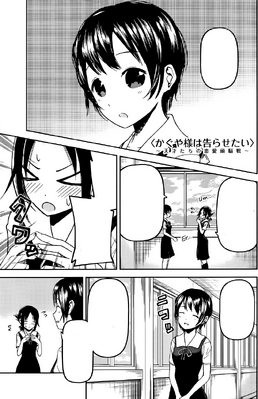 Kaguya Wants to be Called

Kaguya Wants to Forgive is the thirty-eighth chapter of the Kaguya-sama wa Kokurasetai manga series.

Kaguya and Miyuki asks for advice on how to reconcile.