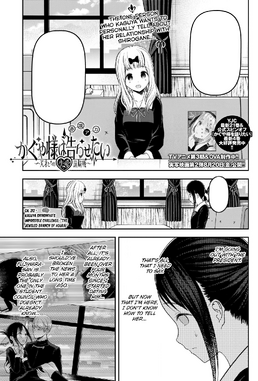 Chika reveals her past and learns about Kaguya and Miyuki's relationship.