Kaguya Wants to Have Held 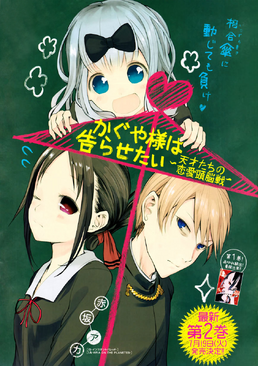 Chika Fujiwara Wants to be Eaten

Kaguya Wants to Have Held is the twenty-first chapter of the Kaguya-sama wa Kokurasetai manga series.

Both Miyuki and Kaguya want to share an umbrella, but they both do so by pretending they've forgotten their own umbrella.