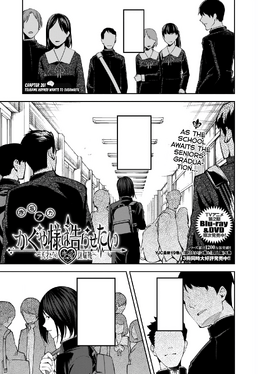 Tsubame's plan for Yu is revealed.

In chapter 201, titled “Koyasu Tsubame Wants To Overwrite,” everyone was gazing at Ishigami and he was able to notice that it wasn’t the bad kind of gaze. Then the girl from the reception explained to him what actually happened and told him that this is what Koyasu desires.

We see there’s a small flashback of Koyasu having an online video call with a bunch of students from the school. As she was about to leave the school she just had one regret and wanted to fix that.

She discusses with the students about creating a rumor about Ishigami trying to protect Kyoko from Ogino who was cheating on him. While the truth was something else but this would be good enough for Ishigami’s truth to come under light and not affect Ogino.

Coming back to reality, she tells Ishigami that the new rumors have already spread around the school including Ogino. Further, she adds that Koyasu was closely watching him in the last few months!