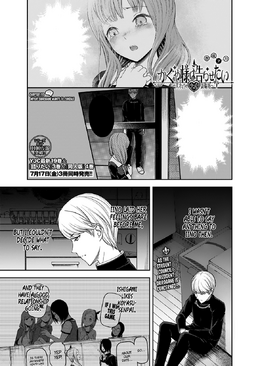 Valentine's at Shuchiin, Part 1
Miyuki Shirogane Wants To Console is the one hundred-ninety third chapter of the Kaguya-sama wa Kokurasetai manga series.

Miyuki is having a hard time of finding a way to comfort Miko. Maki gives her opinion about the situation. Miyuki and Kaguya reaffirm their intent to support their respective ship.

The chapter is from the perspective of Miyuki as he tries to figure out a way to help Iino with her problem. At first he tries to put himself in Iino’s shoes, but he soon realises that if he was in a similar situation with Kaguya, it would be unbearable for him.

He seeks help from a friend, but that proves useless as she has no constructive advice.

Miyuki then tries to figure out why Iino likes Ishigami in the first place. As he is thinking, Kaguya walks by and they have a discussion about why they love each other. Kaguya lets Miyuki in on Tsubame’s plan and he is as shocked as Kaguya that Tsubame came up with this.