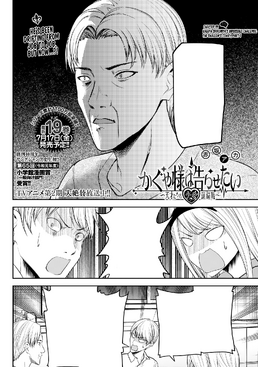 The chapter starts off with showing us that Papa Shirogane has established himself as a YouTuber and is actually turning a profit! Most of the remaining chapter covers Tsubame’s internal dilemma about having feelings for a 1st year student.

She discusses it with her friends, but they end up not being helpful at all. Tsubame then happens to run into Papa Shirogane’s livestream, which she is very shocked to see.

Back at the Shirogane household, we find out something rather hilarious, whenever Kei walks in the background of Papa Shirogane’s livestream, he receives big donations. This makes Miyuki nervous about her sister absorbing the wrong values.

A caller on Papa Shirogane’s livestream asks about a relationship issue, and Papa Shirogane advises the caller to think carefully about what she wants with the relationship and make a decision based on that. As it turns out, the caller was Tsubame. After this advice, Tsubame calls Kyoko Ootomo, and the chapter ends.