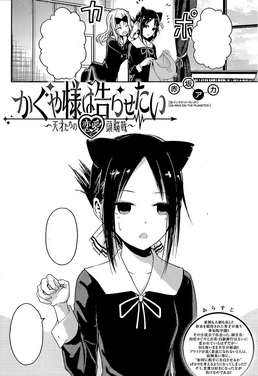 Kaguya Wants to Do Well

The Student Council Wants to Talk

Kaguya Wants to Adore is the seventeenth chapter of the Kaguya-sama wa Kokurasetai manga series.

Miyuki and Kaguya got excited when the cat ear is worn by the other.