Kaguya Wants to Do Well 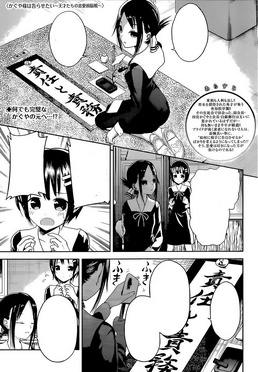 Kaguya Wants to Do Well is the sixteenth chapter of the Kaguya-sama wa Kokurasetai manga series.

Nagisa Kashiwagi asks Kaguya on how to break up but Chika makes her reconsider it.