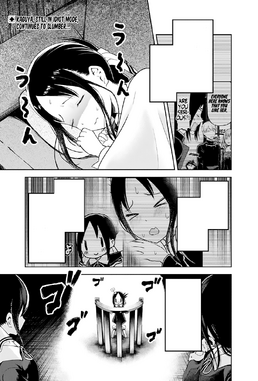 About Kaguya Shinomiya, Part 3 is the one hundred-forty first chapter of the Kaguya-sama wa Kokurasetai manga series.

Kaguya has an internal debate regarding her relationship with Miyuki.