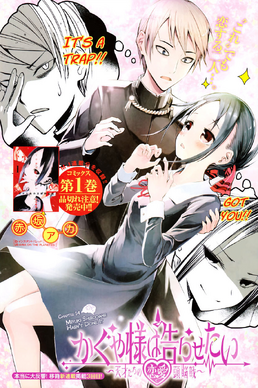 Kaguya Wants to be Indirect

Miyuki Shirogane Hasn't Done It is the fourteenth chapter of the Kaguya-sama wa Kokurasetai manga series.

Kaguya thinks the number of students that has had their first time is too low.