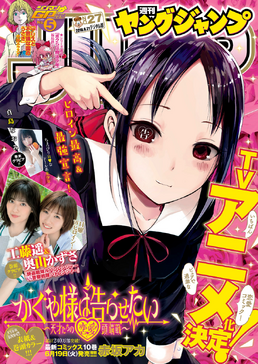 The Student Council Wants to Advance

Yu Ishigami Wants to Talk is the one hundred-tenth chapter of the Kaguya-sama wa Kokurasetai manga series.

A tale of adaptations, betrayal and the word 'otaku'.