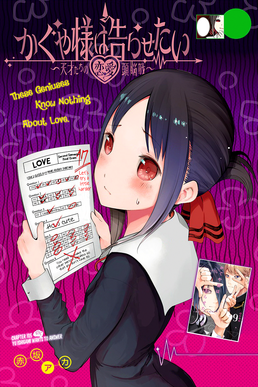 Chika Fujiwara Wants to Sleep Over

Yu Ishigami Wants to Answer is the one hundred-fifth chapter of the Kaguya-sama wa Kokurasetai manga series.

The student council worries about the examination, however lying to each other about their intentions with the exception of Ishigami.